Every year, Representative Earl Blumenauer hosts a Women’s Leadership Luncheon. This year’s event took place at the Portland downtown Hilton on Thursday (February 21) and, despite snow that shut down all PPS schools, was well-attended by an largely female crowd.

Rep. Blumenauer was introduced by Congresswoman Suzanne Bonamici (of the First District of Oregon), who spoke warmly and appreciatively of Blumenauer’s work and led the crowd to resounding applause.

Earl spoke about the state of the country. He, like so many of his constituents, is horrified about the actions of the current congress and administration, waxing on about the increased debt and the “Blue Apron” boxes of food that is being proposed to replace food stamps.

But he wasn’t without hope. “We need to throw them out of congress,” he proclaimed to sustained applause. He found hope in the voices of women and young people and asked that we help amplify them.

He pointed out that, due to the efforts of people who cared, that today, a democrat and not a pedophile is currently representing the state of Alabama (“Take THAT, Jeff Sessions!”), among other victories.

“If everyone does their part, this crew will be thrown out of office,” he said, pointing out that if that happens, we will be able to introduce legislation about gun safety.

As he does annually, this year, he recognized a group whose leadership in the past year has been extraordinary. This year, he honored Nasty Women Get Shit Done.

After holding up an “In Our America” yard sign Earl told the crowd that the Nasties were responsible for the popular visual message that had spread so quickly throughout Oregon.

"This was one group determined to make a difference!"

He went onto say that the group has donated profits to local non-profits (more than $85,000 so far) before presenting co-founder and president, Ali King, with a bouquet and welcoming the entire group to the stage.

Rep. Blumenauer then told the crowd about Kathleen Saadat, who has long been a champion of civil rights. Despite being retired, she has just cut her first cd with Pink Martini, which he keeps in his car. “When I’m in the car listening to NPR and get a little spun out, I listen to her,” he told the laughing crowd.

The day's keynote speaker was Val Demings. Earl introduced her as “an extraordinary new member of congress.” After retiring from a lifetime of public service as Chief of the Orlando Police Department (the first woman in that position), Val Demings ran for office and has really been making waves as freshman Representative from Florida’s 10th congressional district.

Val spoke with affection about Earl, telling the crowd that he welcomed her to the House of Representatives with a survival packet and a reminder to always take care of her physical, mental and spiritual health.

Val spoke inspiringly, relating her humble roots as the daughter of a maid and a janitor. She laughingly related how, as the youngest of seven, she learned from childhood, to be a fighter. She became the first in her family to go to college, then devoted herself to service to her community, first working in foster care, then as Orlando’s Chief of Police.

After retiring, she decided to run for congress. She didn't make it the first time, but "when you get knocked down, get back up and keep fighting."

Since her successful bid, she has now taken an oath three times (as an officer, as the Chief of Police and now as her State Representative) to protect and defend the constitution of the United States against enemies both foreign and domestic.

She made no bones about the current administration's threat to our democracy: "The fight is right now. The urgency is right now."

But she proposed hope and a focus "If we are going to change congress, we have to change who we send to congress," she proclaimed to thunderous applause. "Let's focus on the opportunity to win some seats in 2018!"

One of the attendees already trying to win a seat was Jamie McLeod-Skinner. A native of Southern Oregon, she is running against Greg Walden in Oregon's second district. After Val's speech, Jamie introduced herself and related her challenges trying to win a district the size of Missouri with large rural swathes. "How can progressives serve our rural areas?"

Val responded that she, herself, had one of those areas. She discovered that while men who listened to her story saw her as a fighter, the women couldn't relate to her (her success story only served to remind them of what they had not attained).

Val told her that she jumped onto her Harley and went to diners and laundromats to try to find their common ground.

She advised Jamie to focus on areas of fundamental agreement. "Donald Trump has given us a gift," she said. The rural voters care deeply about affordable health care, the farm bill, net neutrality. "There's an opportunity to build a coalition, even with gun safety."

In the end, while Val didn't that election, she won that rural county.

After taking additional questions (including from a woman who related that she was hearing from children about fears of deportation and another about human trafficking), Val ended the discussion. Women (and some men) filed back out to the snowy sidewalks of Portland with, perhaps, more renewed energy for the fights ahead. 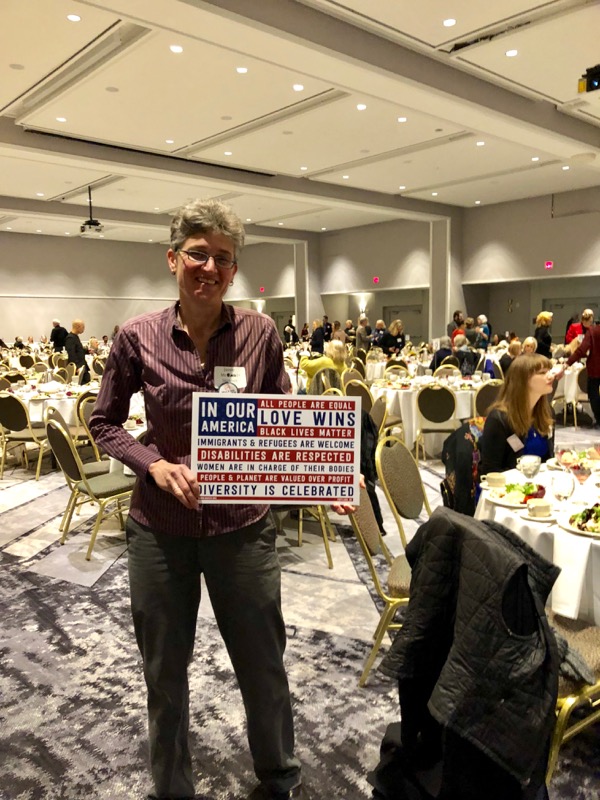 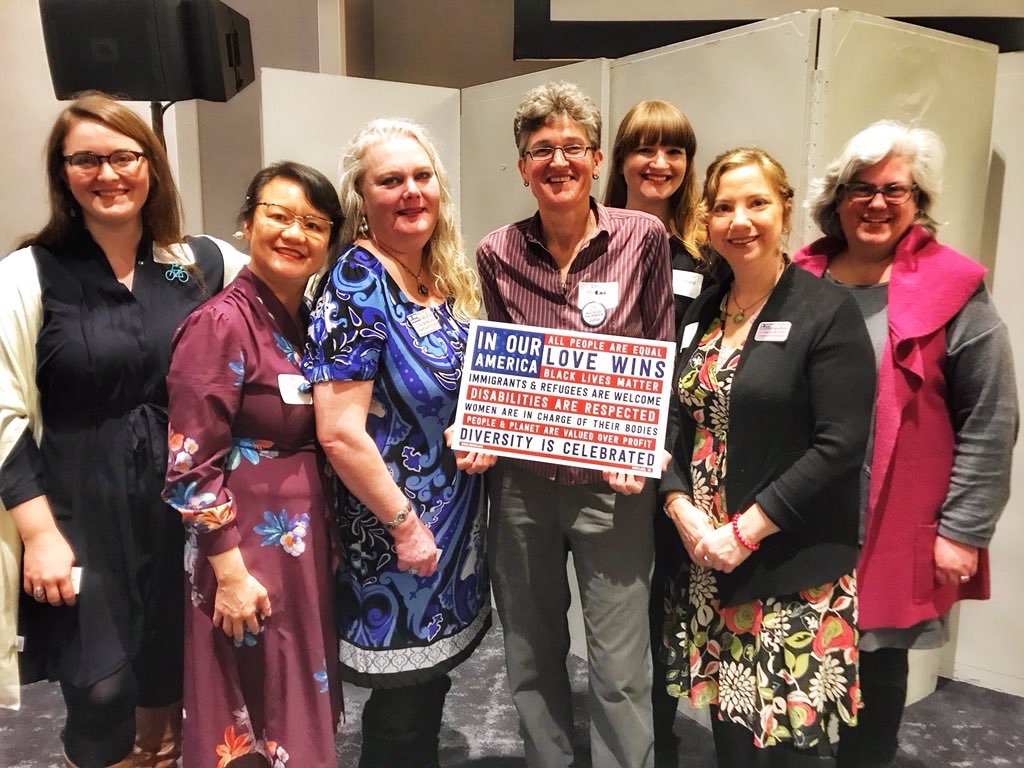 Nasty Women Get Shit Done Gets a Makeover

Taking Her First Step Toward Running For Office